I really need to stop introducing new blog series! I can never seem to stick with them for long.

Another thing I’m struggling with is my blogging mojo. Life is busy — I work 40+ hours a week, and in the next 3 weeks I only have 5 days off of work (including today and tomorrow, my normal weekend). And right after that stretch I’m embarking on my first solo flight to visit my best friend in Salt Lake City…which I am super pumped for! And also nervous — I’ve been reading everything possible about airline travel. Not that I’m scared of flying (I actually love it) or that I haven’t flown much (I generally fly once or maybe twice a year) but that I’ve never flown without someone with me, whether my family or a big group so I hope I have everything I need. I’m traveling carry-on only for the first time too and I hope I’m not bringing too much stuff for my small bag. Do any seasoned solo flyers have tips for this newbie?

Enough travel talk (for now), let’s talk beauty. I am NOT a low-maintenance kind of girl when it comes to beauty products, but I don’t like to spend too much on makeup or hair stuff. With that being said, here are some of my favorite finds this month.

This stuff is life-changing, y’all. Before trying it I hadn’t found a lipstick/lip stain that stayed put and didn’t feel too heavy. This is the answer to my prayers! First of all, it’s basically like getting two for the price of one, because it has one shade on each end. Second, the shades are perf…I absolutely love the bright magenta and fuschia hues. They’re the perfect pop of color that works for all seasons. And best of all, it stays on for most of the day. Trust me. I went for a run while wearing it (hey, it was after work!) and it barely faded. It will last through eating and drinking, too.

Another incredible product that will probably become my go-to mascara from now on. Not heavy or cakey like a lot of mascaras and it comes off easily with makeup removers or warm water. It gives me the length and volume I want without looking all spider-y. It comes in a full-size version, but I tried the mini because A) I’m cheap B) I wanted to make sure it was worth it and C) It works better for traveling (see above). I am stocking up on more before my trip! 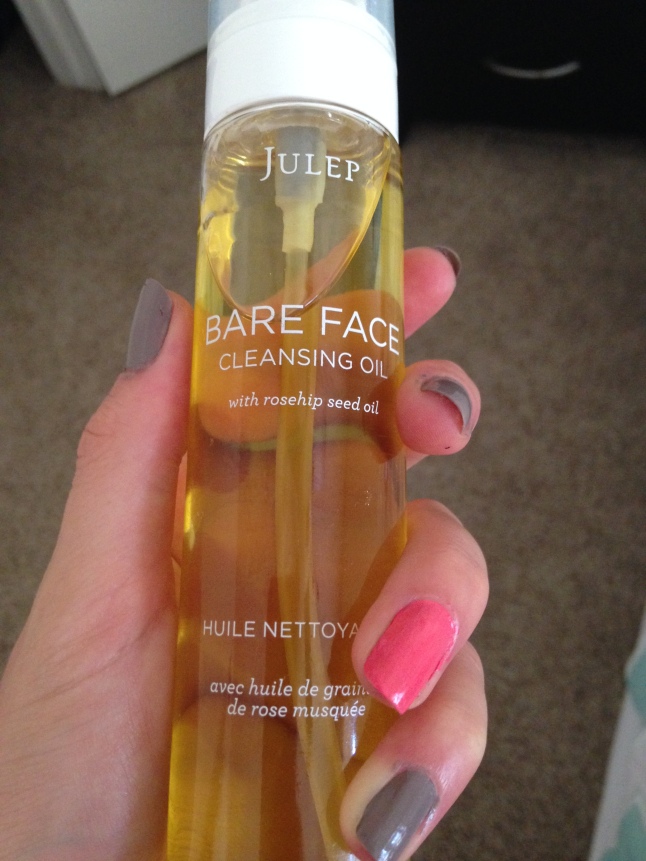 Full disclosure: I got this as a freebie with my first Julep box (they mostly sell nail polish). But this stuff smells good and works well. I usually use makeup removing wipes, and lately I’ve been getting into more natural brands like Burt’s Bees, but this oil is less harsh on my eyes (it’s good for contact users like me) and it makes your skin soft. You only need a little bit, which is even better. Just lather up a little on your face and wash away with warm water.

You know what bobby pins look like (I hope)! These suckers are extremely cheap, since they usually come in packs of like a million, so when you inevitably lose some, it’s okay. Since I’ve started doing the top bun thing more often, they’re a lifesaver for those little frizzies that stick out. And I also use them to do that little bouffant thing with my bangs now that I’m kinda sorta probably growing them out.

Have to buy it if it's pink.

I used to brush out my hair after a shower with an actual brush. Bad! Then I realized a comb would be better for my hair, so I switched to this because it’s bigger than those cheap-o combs they give you on picture day in elementary school and it said it would keep my texture intact, which I was thrilled about. I’m all about leaving my hair natural (aka wavy) when I can and this comb absolutely keeps that in check. Now I also use this comb to detangle my ends when they’re dry and yep, still works wonders. Plus it’s pink, which means I had to get it.

What are some of your (cheap) beauty favorites? Any solo traveling tips?

If I had just two words to define myself, it would be hippie hipster. These two terms seem worlds apart in some ways but I assure you they’re not that different. And I think they both sum up my life pretty well!

I live for being outside in the summer.

Can’t live without my Starbucks.

How would you define yourself?

If you had told me just a year, or even a few months ago, that I would miss Colorado, I would have laughed in your face. I was SO over the April blizzards, the generally bipolar weather, the seemingly-annual summer wildfires and the lack of certain things (ahem, lots of vegan restaurants, and up til recently, Trader Joe’s).

I spent most of my life in the Centennial State. I was born in Arizona, and while it still has part of my heart, all of my memories were made in Colorado. I started (and finished) school there, I made all of my friends there, some of my favorite vacations were spent there and I had the best years of my life there, in a town just a couple hours north of my ‘hometown’.

One of my favorite spots in the world.

But when I graduated from college in December, I was excited for what the next chapter of my life would bring. I was ready to move up and out. I think I applied to a grand total of 3 jobs in Colorado, and 2 of those were in a town on the opposite side of the state, with a totally different vibe. I kept daydreaming about what my new life in a new state might be like, and I wanted it sooner rather than later.

Well…I got my wish. I moved to Tulsa, Oklahoma in early April. I’ve been working for just over a month now, and while that has had its ups and downs, I’m growing acclimated to my new city. I can say I actually do like it. The weather has been mostly fantastic — a lot less humid than I was expecting, and a heck of a lot warmer than back home. There are plenty of things here that remind me of home, like Whole Foods/Sprouts, lots of thunderstorms, a pretty active lifestyle.

Still getting used to seeing the waterfront on a daily basis.

But I’d be lying if I said I didn’t miss Colorado. I honestly thought once I moved away, I’d never want to move back, but part of me does. I miss the mountains so much, the dry air, the people I’ve left behind, the places I still remember with a little bit of a twinge in my heart. I’ve stumbled across a few blogs written by women living in Colorado, and it reminds me of what I’ve left behind. As much as I cursed every single snow storm and hated feeling like I’d never leave, now that I have left, it’s a little bittersweet.

Part of it is being hundreds of miles away from all my people. Most of my friends are graduating this week, and part of me feels like I should be there with them, celebrating with a fancy cocktail in Old Town, picking up my cap and gown and packing up my apartment to move back home. But I’ve already done that — that chapter of my life is over.

My sister is also graduating from high school next week, and it kills me to not be able to see her walk across the stage and get her diploma. After all, she’s been there with me for most of my life — attending both of my graduations and always having my back. To not be there for my bestie and little sister is hard. And it’s harder knowing that some of my extended family will be there too, people I see at the most once a year. Being so far away from that hurts. 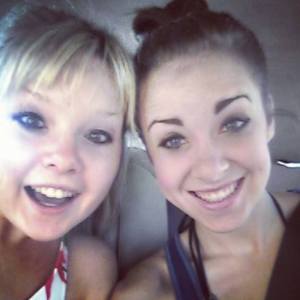 TBT to last summer with my gorg sissy.

Most days, I don’t miss Colorado. Not when they’re getting dumped on with snow in May and I’m running the river trail in 90 degree weather. I like Tulsa. It’s got a great big city vibe without being too big. I could see myself living here for the next year (hopefully moving after that for job-related reasons) and being happy most of the time. And I’m also looking to the future, and planning where I’d love to live in the next few years, and hoping that can happen. I’m not someone who can stay in one place for too long without getting restless.

But then I see friends posting that they got jobs in Denver or Boulder or whatever, and I really miss Colorado. Sometimes I even miss my ‘hometown’ (even though the general vibe is opposite of me for the most part). I definitely miss the mountains and my college town.

Miss you, FoCo, and the lovely Horsetooth Reservoir.

So here’s to the place that will always have part of my heart, no matter where I roam. Your beauty is unmatched, and even though you’re a little bit crazy sometimes, I’ll always miss you a little bit as long as I’m away. And even if I never move back, I want you to know that I’ll always remember you as home.

Do you ever get ‘homesick’ for a certain place?