Well it’s Friday the 13th…anyone experiencing any bad luck today? I’m really not a superstitious person so I think bad things (and good things too) can happen any time regardless of the day on the calendar. Plus I’m feeling pretty darn lucky today anyway–my birthday’s in exactly two weeks and I went to the dentist yesterday and came back with no cavities. Yay! 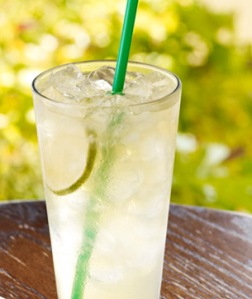 It’s no secret that I love Starbucks, but sadly I haven’t been in a couple of weeks, even though we just moved within a 5 minute driving distance of one. But now I have an even better reason to go–their new Refreshers drinks! P.S. They’re giving them away free today between noon and 3 pm so get one now. They have different versions of the drinks–two iced ones in their stores, three sparkling water kinds and instant VIA packets at grocery stores. I’ll be keeping my eye out for those the next time I go shopping and I’m hoping I enjoy my free one!

I can’t say enough good things about the LabelBox app, but now there’s another photo editing app I love–Phonto. As a self-professed font nerd, I like being able to add a caption directly to my photos in a million different fonts and colors. From now on, if my photos aren’t LabelBox’d, they’ll be Phonto’d. Just warning you 😉

Not this kind of planking, but isn’t this adorable?

Until maybe a year ago, I had no idea what planks were. And now, I’m hooked. I do them a couple of times per day in addition to my other fitness routines and I’ve been working on holding them for a long time. Right now I can only do them for 2 minutes straight, but I want to get up to 5 minutes soon! They’re such a good fitness move since they pretty much work everything–arms, core and even legs.

From my birthday last year…apparently I was proud of this tiny strawberry I grew on my strawberry plant!

I’ve tried not to talk about it too much on the blog, since people don’t really care too much about other people’s birthdays, but I’m definitely excited to turn 20 in exactly two weeks! It’ll probably feel really weird to finally be out of my teenage years but I’m ready to be one year closer to legal drinking age 😉 Actually, I’m just more excited about the plans I have for my birthday this year. On the actual day, I’m gonna get Whole Foods salad bar for dinner (and hopefully some bakery-made vegan dessert) and watch the opening ceremonies of the Olympics and who knows what else. And over the weekend, I’m planning on going up to Denver for a day of shopping and going out to eat at (hopefully) a completely vegetarian or vegan restaurant for the first time ever. Possibly even Native Foods Cafe, which just opened in Boulder! Shopping, good eats and the Olympics–doesn’t get much better than that for me!

What do you like to do for your birthday? What’s your favorite fitness move?