Don’t worry–I didn’t completely disappear on y’all (and yes, I can now use y’all because I’m living in Oklahoma)! It’s been a crazy busy few weeks, and I’m finally able to catch my breath long enough to share some of it.

I started my first job on Monday. This is actually my second paid job, but this is my first full time job, so it’s kind of a big deal. And…it’s actually in the field I’ve been pursuing since high school. How many recent college grads can say that about their first job? I’m incredibly thankful for this opportunity, and I’m making the very best of it. 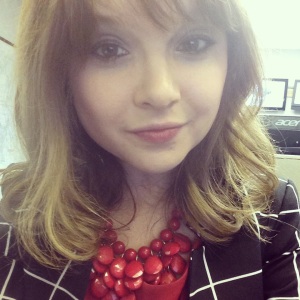 I’ve also been living on my own, and while it’s not the first time I’ve done that, it’s the first time in a different state than my family, nearly 700 miles from the place I called home for 19 years of my life. I’m living in a bigger city, which is nice, and the climate is warmer but not too humid (which I appreciate coming from a dry climate) and everyone I’ve met so far is seriously so nice. It’s just a different culture down here, which is great, but a small part of me misses home. It’s hard to change your routine, but I know with time, I’ll get used to this.

Work hasn’t been too hard to get used to. I’m in a similar environment as I was in my internships for the past two summers, but I’m working 8 hours a day, 5 days a week, and mostly working through lunch. It helps that my coworkers are friendly and funny, so right now I’m just trying not to be the awkward new girl and hopefully make some friends in the newsroom AND make my boss happy with my work.

Apparently I overdress for my position…but I’m dressing for the position I WANT to have someday!

I’m taking on a lot more adult responsibilities, though. My car’s been having an issue, so I’m trying to live with that until I can take it in and (hopefully) afford to get it fixed. I had to deal with an ant invasion in my apartment–gross, but not awful. I have to figure out health insurance at work, pay my bills AND pay my parents back for things they bought for me. As much as I want to buy all the things now that I have a paycheck, I know I can’t do that. So I’m going to try to avoid the Target/Forever 21/Whole Foods temptations as much as possible, even though I plan on frequenting these stores. I just have to stick with a budget, and keep fun purchases to a minimum and limit them to things I will actually get some use out of.

The WF salad bar here is even better than back home…and it’s closer to my apartment and work!

Adult life isn’t always fun, but it sure beats being in school (even though I’m seriously considering enrolling in an online program to get my meteorology certificate). It takes a lot of planning, and a little bit of luck, but I think I can hack this new life of mine!

What’s been going on in your world lately?