I’m totally guilty of mixing up needs with wants. Especially when it comes to clothes. “Oh, but I need those shoes!” “I really need to buy that cute shirt.” #firstworldproblems. So maybe some of my needs on this list aren’t really needs but they’re definitely a lot more important than the swimsuits on my wishlist or the new food products I want to try.

I still want… this dress from American Eagle.

Adorable, and it’s finally on clearance!

I know you can’t tell from the picture, but the dress has little birds all over it…cute, right? I’ve been eyeing it since I first saw it in February (side note: I hate how stores stock all their spring clothing in winter when I can’t wear it for another 2 months). It’s finally on clearance…well, if you count 10% a discount. Maybe I’ll wait until it’s even cheaper.

I need… to stop getting sucked in to good deals at Target.

Darn you Target and your amazing items.

Who else gets sucked into the black hole that is Target and emerges half an hour later with half the store in your cart? I mean, you’ve gotta admit they have some pretty good clearance offers and even their regular priced stuff is a steal, but it’s an issue when I can’t leave the store without at least one impulse buy. This time, I was planning on just buying contact solution, but I left with a pair of aqua oxfords (to be fair, I’d been wanting them for awhile) and a sample mini-bag of cinnamon nut coffee. It was literally only 99 cents and I thought it was cool that they offered samples of their flavored coffee so I didn’t waste $6 on a full size bag. At least I didn’t buy any of those clearance watches I was eyeing…or the mini dipping bowls…or the nail polish.

I want… to have enough extra money to buy all the cool food items I see at Whole Foods.

I could spend all day browsing the aisles of WF, and it’d be even better if I could stock my kitchen with all the foodie products I spot there. Things like fruit-flavored balsamic vinegars and fresh-made juices and endless salad bar lunches and raw cashew gelato and all the fancy chocolate bars. I try to stick with one or two ‘splurges’ per trip (less expensive things like kale chips and raw desserts) but if I ever have the money, I’ll definitely be trying some of those fancier things.

I need… it to stop snowing every week.

Come on Colorado. It’s April, get your act together and stop snowing on a regular basis. It makes me mad and messes up my week. I don’t appreciate it snowing, and then melting the next day, warming up for a day or two and then snowing again. I know that April is technically one of the snowier months, but I’d appreciate it if it’d start feeling like spring most of the time, instead of once a week. Thanks!

I want… an iPhone when my plan expires in December. 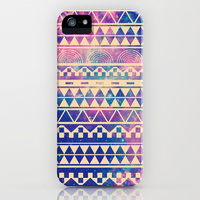 Totally jealous of the endless selection of cases for the iPhone.

I currently have a Droid, and love it for the most part, but the only reason I got it instead of an iPhone is because my family has T-Mobile and up til now, they didn’t offer any of the iPhones. Well, rumor has it that that’s going to change soon, hopefully before our contract expires, because I really want in on the iPhone trend. Mostly for the cute cases, but also because I’ve heard such good things about the phone.

I need… to figure out my summer plans.

Right now, I know I’m going to be doing another internship at a different local TV station (this time, it’ll be in their weather department, which is where I want to get a job after college) and I’m super excited about that. But after signing up for classes for what’s hopefully my last semester of college in the fall, I realized that I’m still 2 credits short. I’d rather not take an extra semester to finish those up, so I’m probably going to end up doing an online class over the summer. I’ve just gotta figure out which one sounds the most interesting and hopefully easiest.

What are your current wants or needs? Do you have an iPhone, Droid or brick (aka super old phone)?