I know some people don’t like the term ‘fear foods’. I know we shouldn’t be giving food so much power and control over our lives. But for me, fear foods are just that  — foods I’m still scared of in one way or another, but when I use them to challenge myself, I can take away some of that power.

The thing about my particular list of fear foods is that it’s changed a lot over the years. During the worst of my initial round of ED, I was scared to death of anything with fat in it. I subsisted on black beans, white rice and sugar-free Jell-O. At the beginning of my recovery, there were times that I feared almost any food my parents had me eat, since it took away my control. I remember throwing an apple across the room in anger. It shocks me now that I could be scared of an apple. Other foods have come and gone on my list. I still have fear foods to this day. Today, it’s mostly things I’ve deemed less than ‘clean’. Any added sugar, products with added oils other than coconut or olive oil, preservatives and the biggie for me, gluten and most grains. I eat gluten free not because I’ve been diagnosed with celiac or because I feel better without gluten (though generally I do) but because it’s become a fear of mine.

So for this edition of New in Review, I’m tackling a few fear foods. I can’t promise to take on the biggies but I did try some new-to-me things that still scare me to the point that it took me a few days after buying them to bite the bullet and just eat them.

After posting about this a few weeks ago, I honestly thought I’d never get the chance to try it out. But the Whole Foods here is pretty good about stocking new products. So when I spotted this, I knew I had to try it. Of course, I scanned the ingredient list and my heart sank a little when I saw cane sugar on the label. I guess I figured it was 100% fruit juice. Sadly, no, but luckily sugar is 4th on the short ingredient list.

Enough about my clean eating rant. I know you all want to know about the taste. It’s basically like eating a ripe, ice cold watermelon. There’s a little hint of ginger and lime, but the watermelon is the big star. And it’s definitely sweet, so I like to mix just a bit of it with water and shake it up with ice. 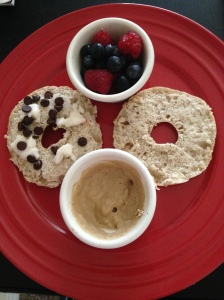 Let me just start out by saying bagels are one of my biggest fear foods. I think the last time I ate a legit bagel was during my freshman year of college. I used to occasionally go to the bagel place in the student center and order a plain blueberry bagel, and eat half of it. I was still terrified of bagels then, but not nearly as much as I am now.

When I saw these at Sprouts, I knew I couldn’t pass them up. First of all, they’re gluten free AND vegan. It’s hard to find bread products that are both. Most have egg in them or other questionable ingredients. These are pretty standard, and healthy. And second of all, they’re bagel thins. I know I wouldn’t be able to get myself to eat a full-size bagel, but getting bagel thins means I can eat a whole bagel in one sitting. Disclaimer: it still took me three days from when I bought them to actually try them. So…the fear is still there.

As for the actual product, I’m on the fence. It toasted up well and is doughy without being overwhelming or too chewy. But the taste is off. For some reason, it has a slight fishy smell and taste, maybe from the flax, but I’m not really sensitive to the flavor of flax. It tastes fine when it’s topped with something, but I don’t think I’d buy these again because of that.

Cons: weird flavor, they’re made with soy flour (I generally avoid soy) and have a little added sugar 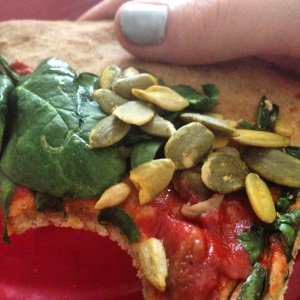 I love me some (gluten free, vegan, homemade) pizza.

I already loved TGFB products before I tried this one. I’ve used their frozen dough to make pizza crust and cinnamon rolls, and it’s got a great texture and flavor. But I’d never seen their pre-made crust until a few weeks ago. This is yet another Whole Foods find, but if you check their website, they do sell them at other natural foods stores, and apparently some pizza places use their crust.

I’m a total pizza snob. You wouldn’t think a clean eating vegan would love pizza, right? Well, in my case, you’d be wrong. I skip the Daiya and other fake cheeses in favor of plenty of fresh veggie toppings. And when possible, I go for gluten free crust. TGFB’s crust is definitely the healthiest GF+vegan crust ever. It’s made of a mix of 4 GF flours (brown rice, sorghum, buckwheat and coconut) which adds a nice hearty flavor, tapioca starch, unsweetened applesauce, yeast, sugar (just to activate the yeast), xanthan gum, olive oil and garlic salt. No eggs or weird stabilizers needed!

The taste and texture are the best too. I much prefer thin crusts, and this one is thin while still being doughy and soft. It tastes a bit like sourdough, but it blends well with all toppings. And it reheats well the next day in the oven!

Cons: a little expensive for just a crust

As for how I’m tackling these fear foods, the verdict is mixed. I used the pizza crust this weekend and got three solid dinners out of it. The juice I bought two weeks ago, and I’ve gotten about 1/4 of the way through it. And I’ve eaten one bagel thin so far…hopefully I can get myself to finish the rest. Luckily, they’re frozen so I don’t have to worry about them going bad before I can finish them. But I’d prefer not to toss them out  — I’ve already done that with far too many things in the past!

Do you have any ‘fear foods’?

Let me just get this out of the way first–I can’t believe it’s already May! Where did the last 4 months of my life go? I feel like it was just Christmas and I was a newbie college grad applying to jobs. Sooooo much can change in just a few months!

So I know lust is technically considered a vice, but I don’t mean lust in the traditional sense. I mean things I’ve been wanting for awhile–whether that be clothes (per usual), food or something else. Here’s my lusts for May! 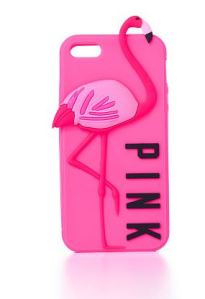 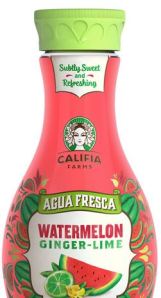 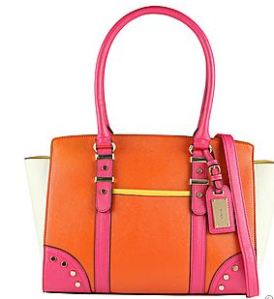 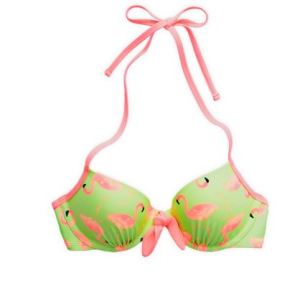 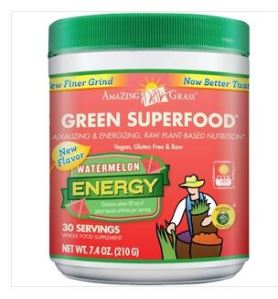 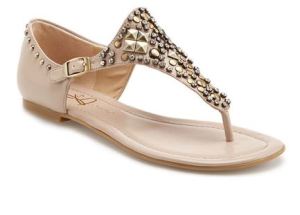 Obviously I’m obsessed with all things watermelon, flamingo and PINK!

What are you “lusting” after?