Confession #1: I haven’t posted on here in…ummmm…almost a month. The time has just gotten away from me, between waiting for my computer to get fixed (the one downfall of having a tablet without a bluetooth keyboard is that writing blog posts was torture), getting through the first 3 weeks of my last semester of school and all the craziness that’s ensued since that. But I’ll discuss that below! Point is, I’ve missed blogging regularly BUT I can’t promise I’ll be back to it anytime soon.

Confession #2: I’ve been doing a LOT of online shopping lately. It’s my weakness, but as long as I don’t let it get out of control (and try to keep it to the ‘necessities’) then I don’t see anything wrong with a little retail therapy. 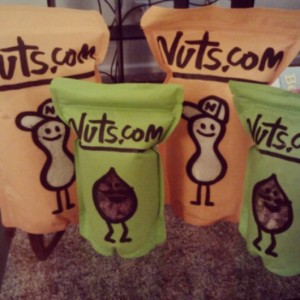 My first order from Nuts.com! They have a lot of awesome raw snacks and superfood-type stuff for cheaper than in stores.

Confession #3: I think I may be (almost) ready for fall weather. Since early last week, it’s been a little cooler and a lot rainier than average for this time of the year, and it’s been nice to not be sweating in my apartment when the A/C hasn’t kicked in yet. I still love summer, but I want to start wearing boots and scarves! The cold weather and snow can stay far away though, I’m happy with sunny skies and 70 degrees.

Confession #4: I feel so so guilty for the floods in my state. If you haven’t heard, Colorado has been dealing with extreme flooding since late last week. It’s hit most of the state, including my hometown and where I’m living for school, but I’m incredibly lucky to not have experienced any loss or damage from the floods. It just makes me so sad to hear about the hundreds of people still unaccounted for, the people who have unfortunately died in the aftermath and the damage caused to some of my favorite places in this beautiful state I call home. I’ve been blessed enough to have escaped three natural disasters in my area in the past 2 years, and seeing all this destruction and loss really hits home for me how precious life is. Please keep Colorado in your thoughts and remember to tell your family and friends how loved they are, because you never know what could happen at a moment’s notice.

One of my favorite vacation spots in CO is under a lot of water.

Confession #5: Senioritis has been hitting me HARD. I didn’t really have it much my senior year of high school, but now that I’m on my last semester of school ever, I’m so unmotivated, yet more inspired at the same time. Like I’m getting more frustrated in group projects when people don’t do their part, because I need to graduate in December, yet I really dread doing readings and taking notes. Just 3 more months…I can do this!

Confession #6: I’ve technically been a vegetarian for the past 2 weeks. I announced via Twitter a few weeks back that I wanted to reintroduce eggs into my diet. I’ve never liked eggs, like ever, but I know that they’re basically a nutrient powerhouse, and I was sick of missing out on certain recipes because they contained eggs. However, after these 2 weeks, I think I’ll probably go back to veganism. I’ve tried egg whites in a few recipes that ended up as total flops (coconut flour waffles = epic fail) and even the one that did work tasted really eggy to me. Ehhh, you win some, you lose some. However, I have yet to try eggs straight up, but I plan on buying some local, free range eggs this weekend from Whole Foods and I’ll let you know the verdict! (P.S. Julian Bakery paleo bread will probably be my one exception to the veganism thing–it’s so good, fiber-full and packed with protein and simple ingredients).

See those egg whites hiding in my Whole Foods haul?

Confession #6: I love my hipster glasses. Best $15 investment. Ever. 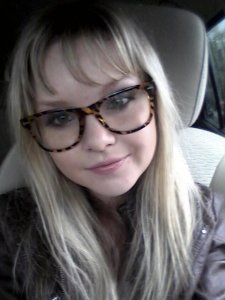 I’m guilty of the car selfies (not while driving).

Confession #7: I still haven’t gotten around to transitioning this blog over to my new one. Whoops. I also have several recipes I want to post (and I don’t want to miss out on Vegan MoFo completely) but I’ve just been too busy. I never want to promise posts or recipes because I know I might not deliver on that promise, but I need something to motivate me to actually do it!

What are your confessions?