‘Tis the season for desserts, right? I don’t know about you but I’ve got a major sweet tooth. Breakfast is my favorite meal of the day (and I hate savory breakfasts), I can’t live without dark chocolate and I could eat fruit all day every day.

It might seem like vegan baking is always healthier than traditional baking that incorporates eggs, butter, etc. That’s partly true, but not always the case. Some vegan dessert recipes call for tons of white flour, dairy replacements and lots of sugar and oil. Not exactly the healthiest thing. Now, don’t get me wrong, I’m all for more indulgent desserts but I’d rather save those for special occasions when I happen to find an amazing vegan baked good at Whole Foods or a restaurant that might not match up to my normal nutritional standards but it looks/sounds so good that I’ve just gotta try it once. Even those are a little more healthified, but when I make desserts at home, I like to make sure I’ll feel good eating them. With that being said, I’ve got a few tips just in time for the holiday baking rush. This is all about vegan baking, because that’s what I have the most experience with, but I think even non-vegans can appreciate these!

I used to be deathly afraid of coconut products. Why? Because they’re loaded with saturated fats! Of course, now I’ve learned a lot more about coconut nutrition, and they are really good for you. Coconut oil is one of the healthiest oils you can use for cooking and baking and if you buy the refined kind, it doesn’t add any coconut flavor. I prefer unrefined for a little extra taste but even unrefined isn’t too coconutty. Vegan “butter”, on the other hand, is filled with lots of unnatural oils and other unnecessary ingredients. It may be lower in fat than coconut oil, but a bit of natural fats are healthy!

If you are a vegan, you’ve likely tried or at least seen some popular subs for meat-and-dairy filled products. Things like vegan cream cheese, soy yogurt and egg replacer powder aren’t hard to find anymore, but they aren’t as good for you as whole food-based options. If you want to make vegan cheesecake, try cashew cream instead of vegan cream cheese. If the fudge recipe you found calls for soy creamer, try using full-fat canned coconut milk instead. Again, whole food subs may have a bit more fat but at least you know exactly what you’re putting in your body. 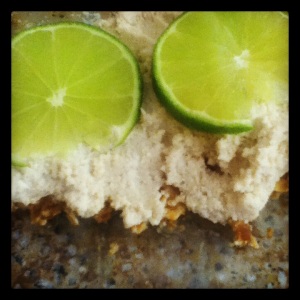 A raw vegan cheesecake made with whole foods: cashews, dates and almonds!

I’m not strictly gluten free, but I like to use gluten free flours instead of whole wheat because they can add an interesting taste and texture and I feel better when I limit wheat. My personal favorites are almond flour and buckwheat flour. Both are higher in protein and fiber than whole wheat and all purpose flour and they’re great to use in recipes that call for a bit more chew and a stronger flavor. I used almond flour in my Pumpkin Chip Muffins and I used buckwheat flour in my Festive Garland Bars Take Two. I would suggest searching for vegan gluten free recipes so you know they’ll work without eggs (GF flours sometimes work better with an egg but they can be made into vegan treats).

I typically use pure maple syrup in most of my dessert recipes because I love the subtle taste it adds and it’s also one of the most healthful sugar sources. Stevia is a good option if you want to cut down on sugar and calories, but I usually use it combined with maple syrup to make the texture of the baked good more like a typical dessert. Coconut nectar/sugar is another healthier option, as is raw honey (if you aren’t a strict vegan). Dates and bananas are a great way to sweeten desserts without any added (non-fruit) sugars but remember that they have a stronger taste than other sweeteners.

5. Experiment and have fun

I’ve veganized my fair share of dessert recipes and that can be a lot more fun than following a vegan recipe ingredient-for-ingredient. When I want to make a dessert, I usually search for a vegan (and gluten free) option first and sometimes combine multiple recipes into one to make my own. And don’t let these guidelines make you feel like you can’t enjoy dessert. If you want to enjoy a more indulgent vegan dessert, go ahead. But you may be surprised by how tasty a healthified vegan dessert can be too! 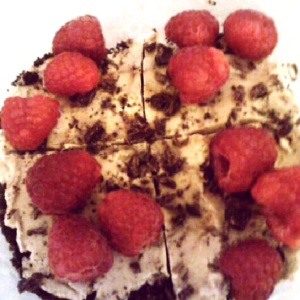 Do you like to healthify the desserts you make yourself? Have you ever enjoyed a healthy vegan dessert?

I’ll be back after the 25th to share some recipes and all the Christmas festivities I’ve been enjoying! If you celebrate, I hope you have a very merry Christmas 😀