This WIAW will be more ED focused than most of them, but I’ve got a few fun things to share so hopefully that’ll make up for the more serious talk!

So remember way back when (aka March) when I talked about how I was fed up with how much I was restricting? And I mentioned in other posts after that one about how I was working on making changes. Well…honestly…that didn’t happen. I didn’t make much of an effort to increase my eats, other than an extra handful of something here and there. I didn’t really make a conscious effort at all until…well, a couple of days ago. Okay, so it really started a few weeks back but lately I’ve been making big strides in eating more. And not only eating more, but feeling okay and ‘safe’ with it. Safe was one of the words my ED used to justify restriction–it felt safe and ‘normal’ to me. But now that I’ve seen the light, and realized I can eat way more and not balloon out of control well…I’m kinda saying goodbye to ED.

I know I still need to increase more. 2000+ calories seems to be the magic number for a lot of people. I’m fairly active, between walking to classes and doing daily full body workouts. But I’m also a small girl and I’m thinking I probably need fewer calories than somebody taller or wither a bigger build. But I know that what I’m eating now, even though it’s more than I was eating for too many months, still isn’t quite enough.

Anyways, enough of the chit chat. Let’s see how I’ve been normalizing my eating, and what better time to do it than WIAW? 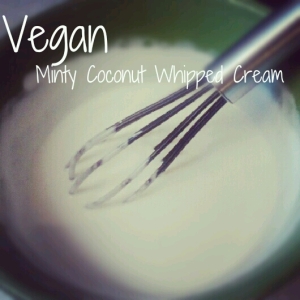 Just as good as it looks, and so easy to make!

Yes, I made this. And yes, I also have been eating it. What exactly is it? It’s coconut whipped ‘cream’, completely vegan and totally yum. I followed Angela’s method, using a little bit of maple syrup and peppermint extract to sweeten it up. While mine didn’t turn out as fluffy as hers (maybe my canned coconut milk had a defect?) it is still delicious, creamy and crave-worthy. I’ve been enjoying a spoonful here and there and enjoying my new found love of coconut.

This isn’t anything new…oh, wait, actually it kinda is! It was my first time trying beets (they had them in raw form at the salad bar) and I’m officially a fan. I’m also apparently a fan of veggies dipped in a big dollop of fresh guac and dumping tons of pumpkin seeds on my salad. Embrace the fats, people. So good.

It sure didn’t feel fall-like on Monday when I stopped into Starbucks for this new-to-me drink. But it totally got me in the mood for it. I finally gave in and tried the pumpkin spice syrup that everyone raves about. I took home my pumpkin-spiked Americano and added in some vanilla almond milk (seriously, Sbux, why don’t you have this?) It was good, but not amazing. I guess I’m more of a peppermint mocha kinda girl. 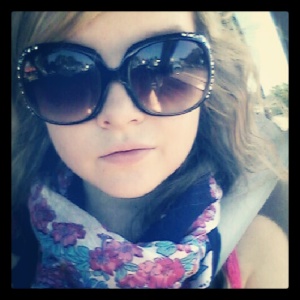 Disclaimer: not taken while actually driving.

Guys, I’m sorry. But I’m officially addicted to the ‘driving selfie’. Except I always take them in the parking lot, or mayyyyyybe at a stop light if I’m feeling rebellious 😉 I just like making goofy faces and seeing the reaction of my fellow drivers.

I was never a big fan of tofu. Yes, I know I’m a crazy vegan, but it’s true. I would eat it sometimes, but never loved it. All that changed when I made Angela’s tofu nuggets over the weekend. They were crazy good on their own. But they were even better dipped in ketchup. Oh yeah, now I also like ketchup too. I found an organic brand with only 2 grams of sugar, and it’s pretty good.

This truly was a bowl of decadence, and I enjoyed every bite.

My nightly snacks are taking on a different look lately. I don’t go for cereal much anymore. Instead, I like a bunch of different flavors and textures in one bowl. Enter, this bowl of healthy vegan decadence. Healthy, because the base was a protein microwave cake, made with a plant-based protein powder, some flax and almond milk. Decadent, because it was topped with a spoonful of Whole Foods vegan chocolate mousse (just a few healthful ingredients, but tastes so rich), Nada Moo coconut milk ice cream, semisweet chocolate chips and a little of the mint coconut whipped ‘cream’. Yeah, this was just as good as it sounds and looks. I think I’ll be repeating this soon.

So close to 90,000 miles! Alejandro and I will have to throw a party when that happens.

Contrary to what Alejandro’s odometer says, he’s only 4 years old. That’s kind of a lot of miles for that few years, but a lot of long distance driving was done in Alejandro before my parents let me have him. Oh yeah, in case you didn’t know, Alejandro’s my car, a super hot red Hyundai Santa Fe. I’m not totally crazy, promise. 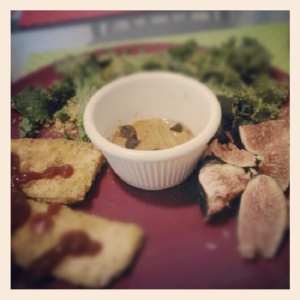 This was a lunch, but it’s a lot like my typical snackplates. What can I say, I love variety! My lunches lately have been more substantial, incorporating veggies, protein (usually edamame or my favorite protein powder) and fat (usually nut butter).

Who says you can’t have dessert for breakfast? Okay, this wasn’t quite dessert, since it incorporated greens and protein (but I don’t exactly shy away from those things in my desserts) but the addition of the whipped ‘cream’ definitely took it over the top. And this pudding like breakfast packed 20 grams of protein, plus kale! Who wouldn’t go for that?

Coffee at lunch…why not? But let’s talk about this salad for a second–so good. I always love sweet and salty combos, and this was just amazing for a random mix. The sweet potato was great too. But that’s a given.

Do you like sweet and salty salad combos? Did you try anything new (food related or not) over the weekend?