It’s time for another addition of… WIAW!!!!!!! Except this time, I’m not going to be showing what I ate today or yesterday (mostly because I forgot to take pictures 😉 ). Instead, I’ll be reviewing new products I recently bought and let you know what I think about them. So here we go! 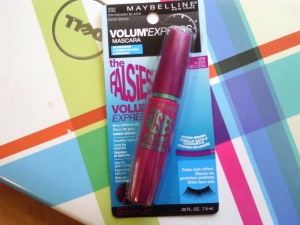 No, the computer was not included!

Verdict: It was okay, I thought it would actually give my eyelashes a false lash effect but I’m starting to realize that it’s probably physically impossible for a mascara to do that. I think I’m gonna stick with my Maybelline XXL Pro Extensions mascara in the future. 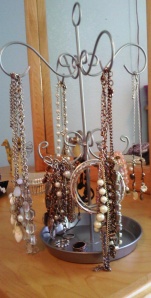 Ignore the random stuff in the background haha

Verdict: Perfect! I used to store all my jewelry in the cute little cloth bags they give you at American Eagle when you buy jewelry and it all got tangled up. Now I have a pretty decoration that keeps my jewelry organized. Plus it was only $10!
Rimmel London Eye Crayon (Target) 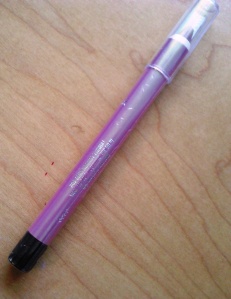 I love pink, but I'd like a silver crayon better...

Verdict: I love how easy it is to apply and that it’s so versatile (it works as eyeliner and eyeshadow!) It’s less messy and sticky than cream shadows but it does smear a little in the creases. Now I really want to find a silver one…
Not Your Mother’s Beach Babe Texturizing Sea Salt Spray (Walmart) 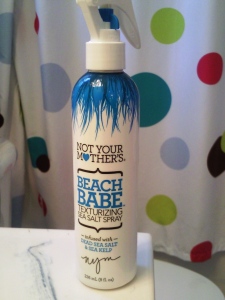 Haha love the shower curtain in the background

Verdict: I love this stuff! I’ve been looking all over for a sea salt spray to enhance my natural waves and give me a beachy look. This smells great, works great and is a lot cheaper than most other sea salt sprays. 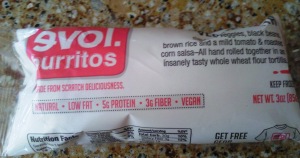 It's such a cute vegan lunch!

Verdict: It’s so little, so it makes a perfect snack or part of a small lunch (like I did). I love that it’s vegan and the tortilla is soooooo good! I just wish it was easier to find in other stores.
Kashi TLC Zesty Salsa Pita Crisps (Target) 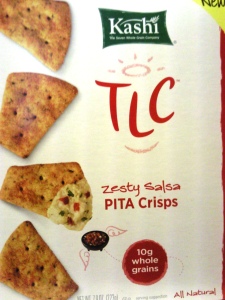 Verdict: I love almost anything Kashi, so when I saw these at Target, I had to snap them up. I tried one yesterday and I loved the flavor. The texture wasn’t quite as crispy as a pita chip but it was still good. 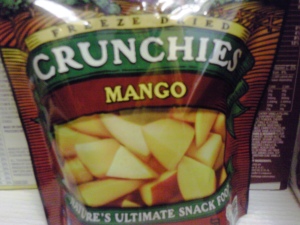 Verdict: Ummmm, can I marry these? Lol, just kidding but these are SO good and I love that they are just made of freeze-dried mangos with no added sugar or anything. I’ve probably eaten half the bag already and I just got them yesterday. They are crunchy, so if you aren’t used to that, it might seem weird but they’re so good.

Note: I cut the recipe in half and then in half again since I didn’t have enough almonds on hand (sad!) so it didn’t make a lot. Next time I would just halve it once and see how it turns out. Plus I found another raw brownie recipe with a banana chocolate ‘frosting’ I’m planning on trying! I didn’t take a picture, but the verdict on this is that it’s extremely yummy! I licked the spatula and it was sooooooo good. I haven’t had a full one yet but I’m sure it’ll happen sometime tonight… 😉

4 thoughts on “WNTITOW (What New Things I Tried Out Wednesday)”